Music is always inspiring, as are those who perform it so brilliantly… My friend Paul is an absolute star on the harmonica; he plays and sings across the musical genres, exuding enjoyment and love of music. He recently had a ‘big’ birthday (along with a party to write home about), and I did this drawing, wanting to capture some of his melody driven personality :) 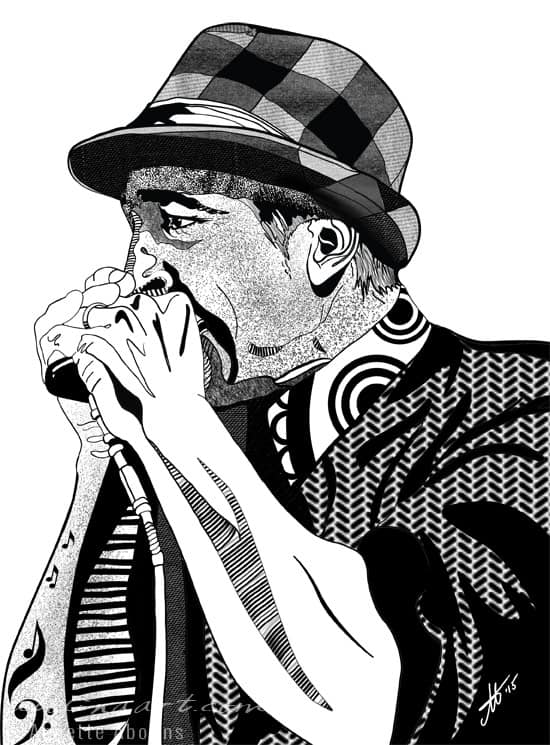 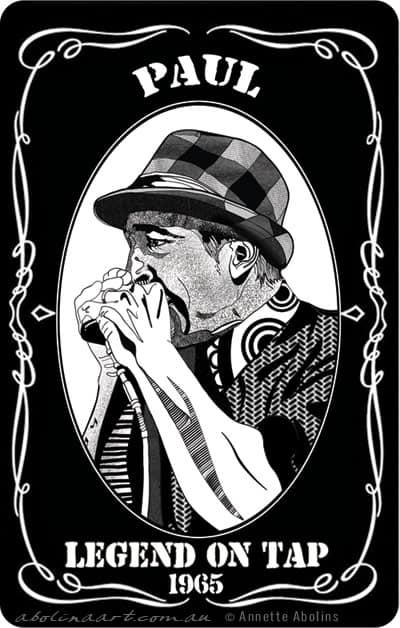 The drawing featured as a label on a bottle of whiskey as well :)

It’s not that these swimmers really need motivating, though as my role in the local swim club extends to managing the website and writing posts, they sometimes get a dose of it anyway :)

I designed this infographic for a bit of fun, as a colourful reminder of some cool reasons to cruise up and down between those lane ropes… 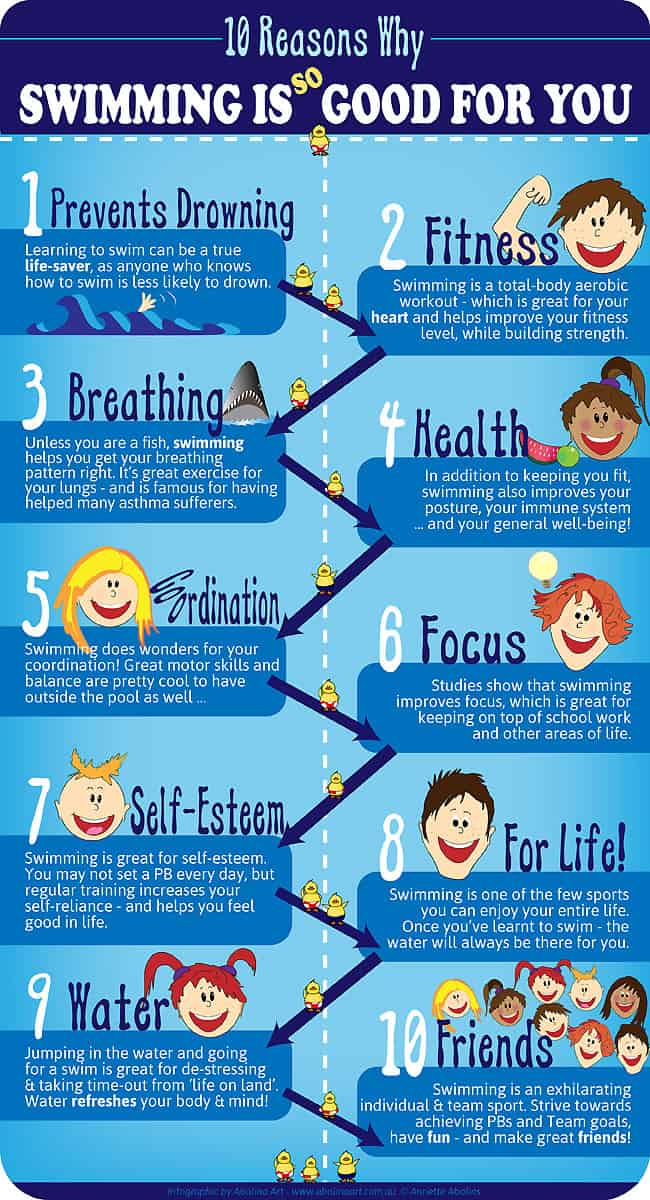 Photoshop, Illustrator and InDesign are three of the programs housed under the Adobe Creative Suite. With one (Photoshop) being a raster graphics editor, one (Illustrator) a vector graphics editor, and the third (InDesign) a desktop publishing program… their uses are in many ways entirely different…

When I started learning digital graphics, painting and image editing, Photoshop quickly became my favourite graphics program – I use it practically every day and am still discovering new and exciting ways of working with it. In the beginning, I would often use Illustrator and InDesign in conjunction with Photoshop, more on a ‘need-to’ basis, than a first choice. It’s like having a favourite drawing pen, where your hand and mind feel ‘at one’ with how that pen works and what it will do when you put it to paper… Coming from a traditional background of drawing and painting – Photoshop became that ‘favourite pen’, it took a little longer for the others to become ‘favourite pens’ too :)

As I started doing more design work, I discovered the benefits of using Illustrator and InDesign to create both scalable and print-ready files. More and more, I find that the project determines the tool or tools, and while there’s always more to learn, I am less hampered by my early desire to make Photoshop work for everything :)

Preview of an Empress

The deadline for the 5th Collaborative Aeclectic Tarot deck has been extended to the 1st of April… Time got the better of some of the artists who signed up in the beginning, which left a number of cards without an artist. I can’t say that I have a lot of time on my hands, though being inspired is often all that is needed to make time :)

The Empress was sitting there waiting for someone to put their hand up and I couldn’t help myself. She is, after all, my birth card (3) – so I felt I couldn’t let her pass.

The preview image below shows part of the still in progress artwork… Final version coming soon. 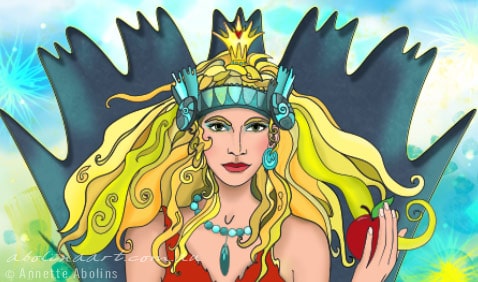 Thank you for visiting and take care
Annette :)

Art to me, is as much about understanding life and its mysteries, as it is about telling stories to connect with the world ...

Recent Work and Reflecting on COVID-19